15 Land of Zebulun! Land of Naphtali! Way of the sea beyond Jordan. Galilee of the nations!
16 The people that lived in darkness have seen a great light; on those who lived in a country of shadow dark as death a light has dawned.
17 From then onwards Jesus began his proclamation with the message, 'Repent, for the kingdom of Heaven is close at hand.1 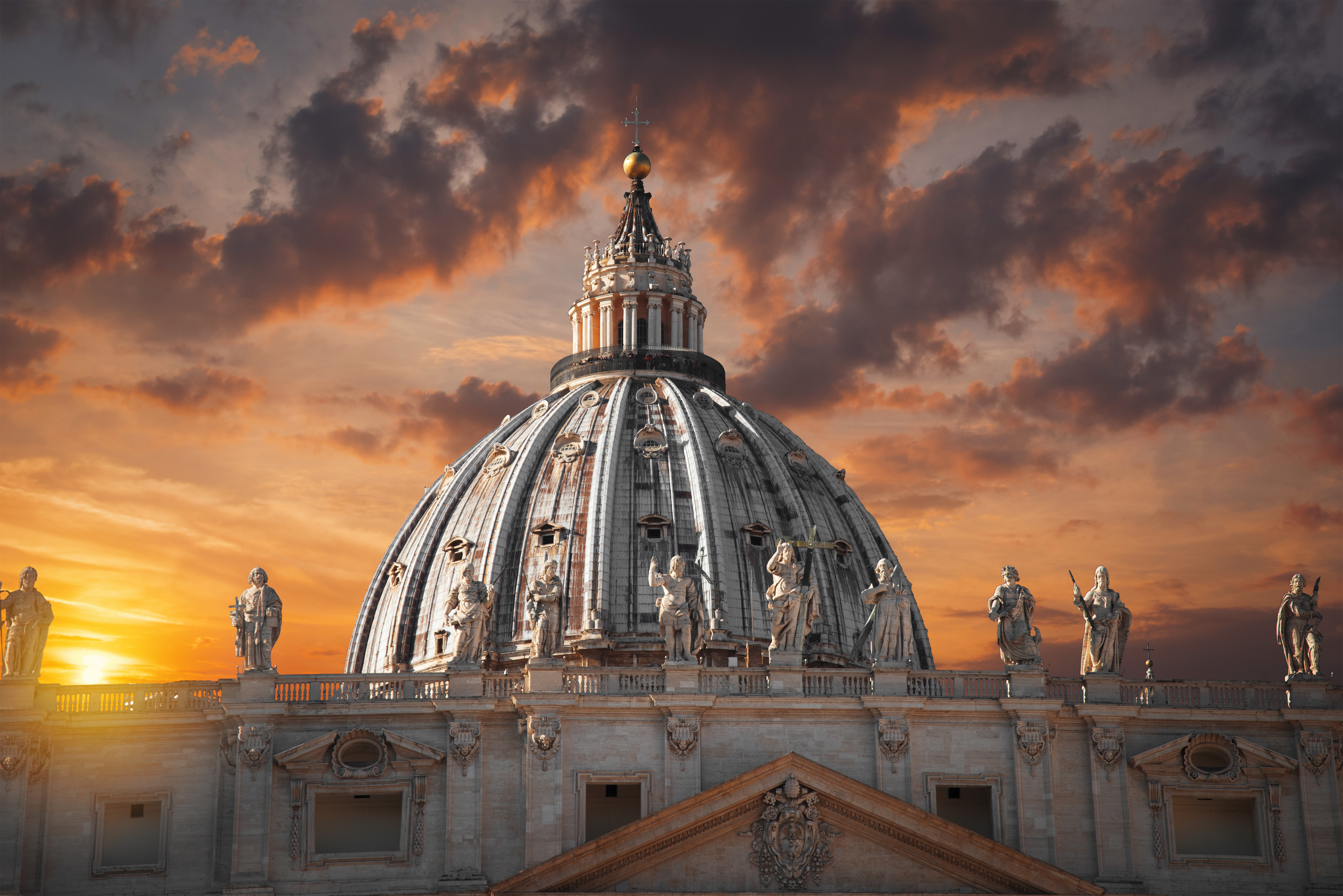 We humans die and Jesus Christ can give us a good existence after death for a period without end, called eternity. This existence in a place called Heaven is for good followers of the catholic faith and maybe the protestant faith. It is the allmighty Jesus Christ who is God and human at the same time who allows people to heaven. Therefore I recommend you to become catholic now. You can find a catholic priest to get baptized in a catholic church. The catholic churches are in many countries, search and you will find a church or many. The Roman Catholic church is the largest Christian church in the world. The headquarters are located in the Vatican city, Rome, in the country Italy where the famous big and nice looking Saint Peter Basilica is located. There are over 1.2 billion Catholics in the world. The Catholic church has an apostolic succession, which means that all bishops are part of a lineage back to the time of the apostles.2 Catholic prayer songs are called vespers and can be heard in churches, monasteries and also through the Internet (for ex. EWTN UK radio). Christian Catholics believe that you should love God and be kind and love other human beings and not be egoistic. Jesus Christ said that the greatest commandment is: ‘You must love the Lord your God with all your heart, with all your soul, and with all your mind. This is the greatest and the first commandment. The second resembles it: You must love your neighbor as yourself. On these two commandments hang the whole Law, and the Prophets too.’3 In the Bible you could read more in the Gospel of Matthew chapter 22 (verses 34-40) and the gospel of Mark chapter 12 (verses 28-34).4, 5 A christian should believe in the faith which means for example that he or she should not try to get money and have mammon as his master, instead he should try to do God’s will so that the Kingdom of God is established everywhere (Matt 6:24).6 It is important to help poor people for believing Christians. It is written in the holy Bible that it is important to help the poor. Then it is also written that it is very hard for rich people to enter the heaven. When a person wants to be a christian he gets baptized. This is very important because Jesus said that you otherwise cannot enter the heaven (John 3:5).7 The Catholic Cathedral in Stockholm is located at Folkkungagatan 46B on the island Södermalm. There is more information on their website.8 Many catholics have died for their faith, by saying that they believe in Jesus Christ catholic teaching and afterwards they were killed. They were martyrs and there was one christian martyr in a place near modern day Turkey/Syria for example.
A good protestant believer can go to heaven too as a catholic priest have taught. Now I recommend you to become catholic for practicing the catholic faith means feeling the kingdom of God partly on earth. This means for example more peace for humans on earth and the chance to get eternal life in heaven after death.

God has kindess against evil. Spreading the faith. Giving material needs to the poor.


|2019-06-09|
A worker in a Apple factory made suicide while on work. This is bad and therefore a catholic approach should be applied. Suicide by people is actually something God will punish after death. Suicides could be averted by learning this part of the catholic faith. Other ways, explaining without using all parts of the catholic faith, should be used to remove the suicide-risk from Apple factories. If its hard with the first alternative, the catholic one. Then you could for example say the good aspects of being alive. The world is not good as it is now, it must become better.


|2019-06-13|
The devil and/or demons are at work to silence me on the Internet because of my catholic faith. This is something which is sad but a reality. The faithful apostles and saints lived very catholic lives.